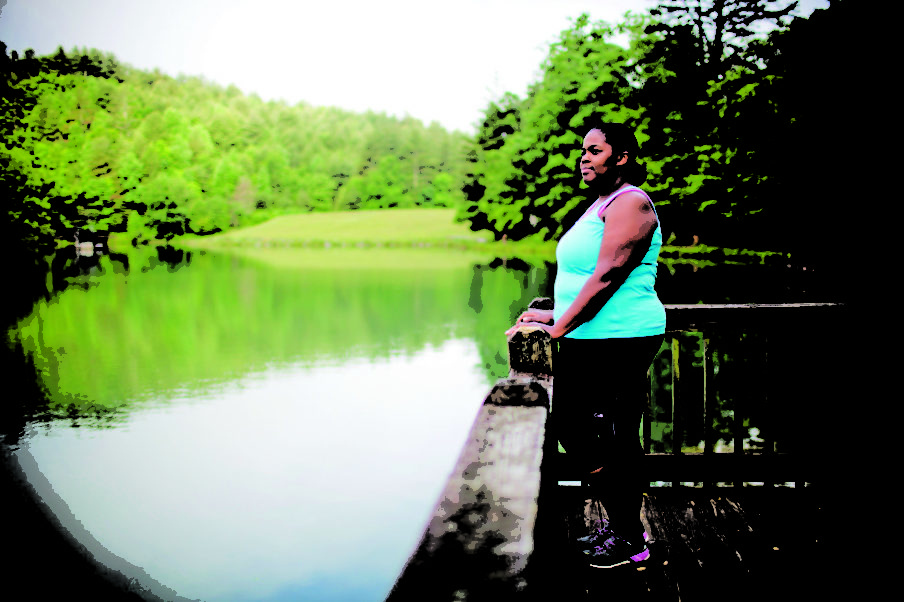 There’s no better feeling than that moment during a run when everything just clicks—you’re in the zone, running at a speed that feels both light and powerful. You feel invincible, completely absorbed in your potential.

And there’s no quicker way to lose that feeling than to compare yourself to others and let the nagging thoughts creep in: I’m not as fit as he is. Why can’t I run as far as her? I’m so slow, I shouldn’t even call this running.

Instantly, your run morphs from an outlet that was once joyful and unscripted, to a tedious chore with a storyline you didn’t write. See, the running and fitness industries often sell a particular story that, like most narratives, has a beginning (the imperfect you), a middle (the still imperfect you striving toward the idea of perfection, often related to size, speed, or distance), and an end that includes an astounding transformation or achievement, a grand finale.

This sells. It might even push you to begin your own story. But more often than not, these very ideals teach an implicit lesson that our bodies are supposed to look a certain way or perform at a certain level, and if we don’t achieve that, then maybe running isn’t even worth it.

Take it from me: It is worth it. No matter the result. And these negative storylines only hinder our own personal progress.

I know this because the story didn’t quite play out that way for me. I fell in love with running in high school, when I used it as a means to improve my general fitness, not to achieve a certain body ideal. I loved how it made me feel: powerful and capable of handling anything that came my way. Now, almost 25 years later, I continue to run for that same reason—to be my best self, not someone else’s version of my best.